Coral are widely regarded as one of the biggest gambling companies in the world. It’s probably fair to say that they are best known for their work within the sports betting side, but their online casino over the last few years has seen them become an all-round player and a real force within all sectors.

The company have been about since 1926 and as a result make them one of the oldest in the industry. It was the merger with the Gala Group that really allowed Coral to successfully move into new online gaming activates such as casino and since then, the company haven’t looked back. 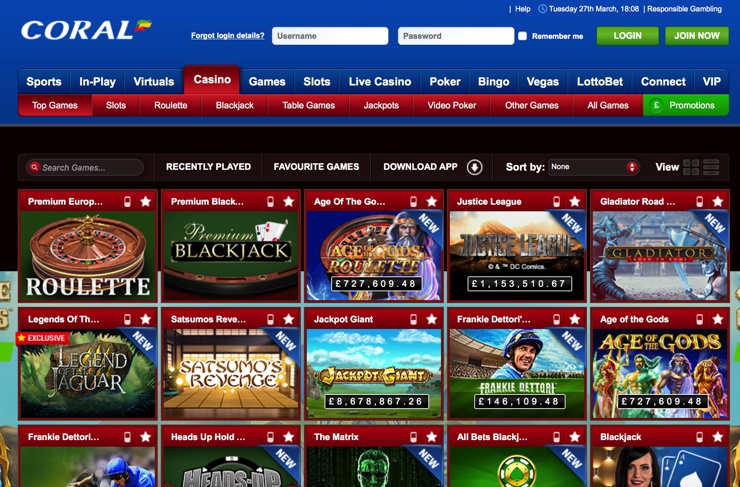 The Coral casino was famed for using the Cryptologic software for so many years and whilst this is very much still the base for the casino, they now use several other software providers including IGT, Microgaming, NetEnt, OpenBet and Playtech, to name but a few. If you are suing the casino via your Windows PC then there is going to be a download option available, but for Mac users you will have to make do with the browser based, instant play option.

You will also be able to download the Coral Casino app for your mobile, which can be accessed from the App Store or simply by visiting the casino in your smartphones browser. On top of that you will be able to take advantage of some neat features such as a search functionality, free play and the ability to create a favourites list.

The casino takes on about 200 games in total, which is a reasonable amount, but not anything to write home about. The quality of the games on offer has dramatically improved over the last few years since they started to introduce more software providers and on the whole, the range of games were excellent. You will be able to see when they casino adds games that are ‘new’ via the bright blue sticker, but we have seen the same games tagged for some time now and aren’t sure how often this feature is updated. 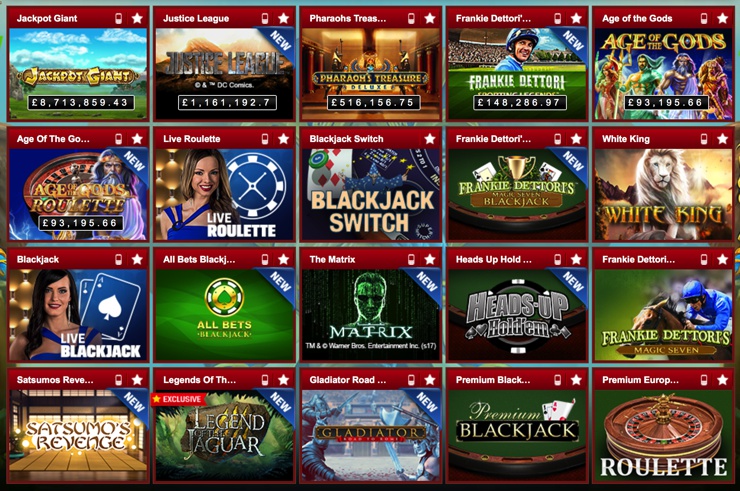 You’re going to be able to choose from about 150 slots in total. Again, the number on offer doesn’t rival some of the more casino-focused programs out there, but it’s a number that should be more than enough for the majority of players. Some of the our highlights from the collection included Kong, Battle of the Gods, Buffalo Blitz and Gladiator.

There are 20 varieties of roulette on offer at Coral Casino, which is one of the best in the business. The mix of options was what really drew us in, with French, premium, American, European, Penny, pro, video, 3D and even a Marvel comic’s version all on offer.

Blackjack will include around 13 titles in total, which again is a more than good range. With this you can choose from super 21, American, peek, pontoon, UK, switch, double attack and duel blackjack, to name but a few.

If there was one reason to sign up to Coral, then the jackpot section might just be it. In total there are 50 jackpot games to choose from and we think this might actually be the largest selection in the industry. The jackpot games range in terms of both quality and the jackpots themselves, but with the likes of Jackpot Giant, Iron Man 2, The Incredible Hulk and X-Men, you are going to be looking at 6 figure jackpots at least with these games alone.

As we mentioned earlier in the article, the company have been about since 1926, but the casino as you see it today only been running since 2012. A form of casino has been in operation for longer than this, but the Coral Interactive sector of the Gala Coral Group, have now taken the reigns and are moving forward in an aggressive manner.

What’s been interesting to see from Coral is that the merger with Gala has had a huge affect on which routes the company are able to succeed at. Sports betting is the main export from Coral, but with Gala’s expertise in online bingo and casino, it means the integration has seen them become an absolute behemoth in the online casino industry.