Guts are another one of the fairly new bread to the online casino industry that have been making heads turn in their short time in the marketplace. The company was formed in 2012 and with each year that goes by they seem to have improved their offering to the potential client base.

The company have even managed to pick up awards over the last couple of years, most notably for Best New Casino at the 2013 Casinomeister.com awards, one of the most prestigious in the industry. As the brand starts to become more established, we are excited to see what they are going to offer us and also, if they can make the push to really challenge some of their peers.

Guts Casino is one of the most intuitive casino platforms that we have come across. Like so many these days, they have tapped into the knowledge of several software providers including Betsoft, Evolution Gaming, IGT / Wagerworks, Leander Games, Microgaming, NetEnt, NextGen Gaming, Quickspin and Rabcat Gambling. This means the platform is only available via your browser for PC customer, with no download version at the minute.

You will be able to download a dedicated casino app from the App Store for Apple products but for Android and other mobile users you will need to simply visit the casino in your smartphones browser to access the site. The software will allow you to use their search feature, which is a great addition due to the sheer number of games that are on offer, which we will discuss next.

The casino boasts a massive range of games to choose from, with over 500 of the best titles in the industry. What’s been good to see with Guts Casino is that they regularly chop and change the games on offer, switching up dated or unused games for new games from their plethora of software providers. You can quickly see which games are new on the site, which makes determining what’s fresh, that bit easier. 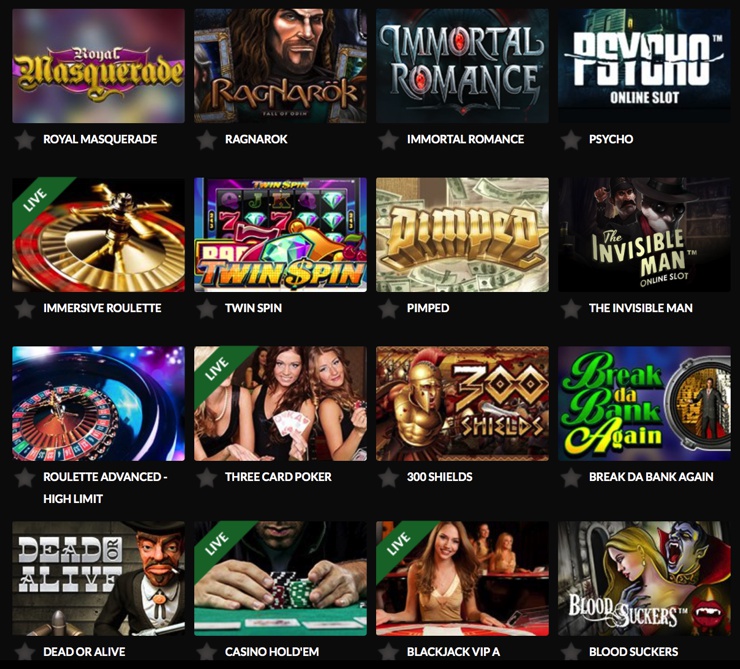 With over 400 slots to choose from at Guts, you’re never going to be left wanting. The video slots section makes up the vast majority of games here with some familiar titles such as Starburst, Thunderstruck II, Gonzo’s Quest and Game of Thrones. You’re also going to be able to tap into a good range of classic and 3D slots as well, merely adding to the ever-increasing size of this casino.

You have 16 blackjack games to choose from, which is a nice selection if you ask us. Games will range from VIP, multi-hand, Atlantic City, Premier, HI Lo, pairs and plenty. The blackjack section ties in nicely with the live casino platform that Guts run as well.

Like blackjack, roulette players are going to be feeling happy here at Guts with 17 titles to choose from. Again, they ties in their live casino games nicely with VIP, Auto and Immersive version of this. More traditional games will include European, French, Advanced, High Limit, Premier, American and several Auto based games.

The range of games for video poker is one of the most pleasantly surprising sections of the casino. You get 17 titles to choose from in total, which is one of the largest selections that we have come across to be honest. We did find that some games were stronger than others, but you can choose between jacks or better, deuces wild, all American, joker wild, aces and faces, All aces, and many more.

The jackpot section is another that could rival any within the industry. You have 14 games to choose from, with some real big hitter son offer such as Mega Moolah, Hall of Gods and Mega Fortune, each of those offering up well in excess of £4million at the time of writing. The games are all networked based, which is a good thing as it means the jackpots will grow quicker due to the number of players who are playing that specific game.

The casino is actually famed for paying out one of the biggest jackpot winners in history. A lucky winner from Sweden managed to bag themselves over €2.6million from one spin of the Arabian Nights games. The casino even flew out to Sweden personally to present the winner, Monica, with a humongous cheque, which was a nice touch!

The casino is owned by Guts Gaming Ltd and it’s been nice to see that the guys behind the brand are the sole owners and not another ‘group’ casino. They’ve been in operation since 2013 and in the few relatively short years they have been about, Guts have managed to burst onto the scene and it could be argued that they are one of the best of the ‘new breed’ of online casinos to have hit the marketplace.

The company is based out of Malta and are licensed by the Curacao Gaming Commission. The brand have worked hard to create an awesome customer service experience for their users by offering 24/7 live chat facilities, as well as phone numbers and even an address for players to contact them.