Spartan Slots has been about since 2010 and form part of the Deck Media casino group. The group essentially specialise in designing online casino platforms for US punters, but in reality, they open their doors to a much wider spectrum of players, with their most notable absentee being that of the UK. Whilst the title of the brand, Spartan Slots, might suggest that they dabble in only slots, this would be incorrect as it’s a fully fledge casino offering up table games and progressives, more of which will be reviewed later in this article. 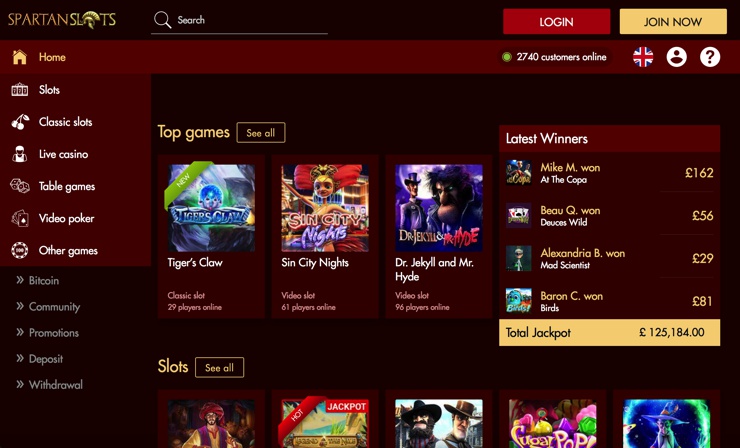 The site comes packed with other promotions that take place throughout each year. We are not going to include the time-sensitive offers that you can get in this article as by the time you read it, they will have likely expired. The best thing to do is head on over to the casino so you can see what’s going at the current time.

One of the draws to Spartan Slots and the Deck Media Group as a whole is throughout they run daily reload bonuses once you have worked through your welcome bonus. These offers will range for each day that you are on site, but to say they are lucrative is an understatement. Each day of the week the offer changes, so it’s best to visit the official site for all the details. Keep an eye for the wagering requirements attached to these bonuses, as some of them can be quite high, but this can be markedly reduced if you’re simply looking to withdraw your depositing funds.

For the most part, Spartan Slots uses Topgame as their number one software provider and this is very much apparent from the games that are on offer. But, thrown in for good measure are that of both Rival and Betsoft, which tends to keep things feeling a little fresher as games within the groups casino can often overlap quite significantly.

The casino can be accessed via your Mac or Windows based PC, simply through the flash player in your browser. As of yet there are no download options, although the company did initially launch with this and have since removed it. You can also get games on your smartphone as well, simply by hitting up the casino within your mobile browser. It’s worth noting that you aren’t going to be able to get all games from the casino on the app, but it does give you around 25% of the total game coverage, which should be more than enough for most. 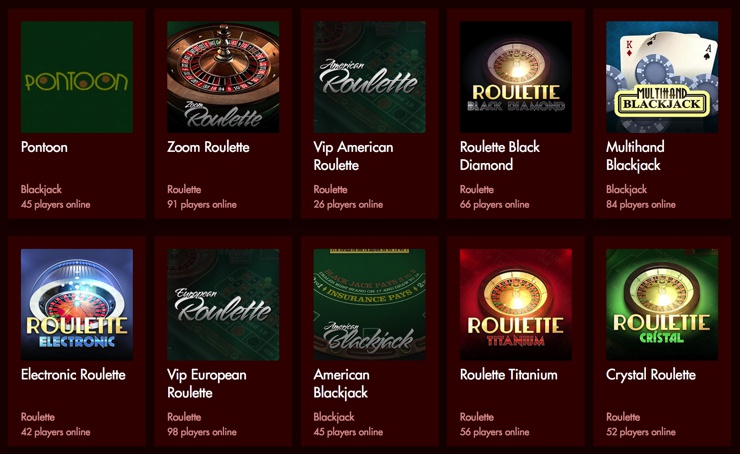 With just 12 table games in total, the site isn’t going to be winning any awards any time soon for their table game coverage. But, having said that, from the games that we did test, they were all of a really good standard. You can expect to see variants of Roulette, Blackjack, Casino War and Double Exposure within the table games sector.

As you would expect from the name, slots play a huge roll within the casino and with around 120 titles to choose from offer up a fairly good range. You will find that games get added and removed frequently on site as they take away games that people aren’t playing and replace them for newer, fresher titles. Some standout games for us included Diablo 13, Greedy goblins, Birds, Whales of winnings and Gypsy Rose. Not all of these games were available on mobile however, which was a little disappointing.

The jackpot games are at somewhat of a premium on the Spartan Slots site, with just 8 games in total to choose from. But, these did include some bingo jackpots as well as poker jackpot, so a good range of themes if nothing else. The standout title had to be (again) Diablo 13, whose current jackpot was sitting at a tidy $3,000,000 at the time of writing.

Since the casino was released in 2010, Spartan Slots has actually turned out to be one of Deck Media’s biggest success stories. They have managed to overtake some much more established in the mean time and whilst they have had some downtime, mainly down to the UIGEA being enforced across the US, the brand has bounced back and offer a more than fair casino experience.

Whilst not really something that has much bearing, we cant help but get confused as to why companies name themselves after a certain game type; in this case slots. The site doesn’t really have a better catalogue of games than any of their rivals and with Spartan Slots, we were actually left a little underwhelmed after being hopefully of this slots crazed Mecca that could be on offer.

Aside from that, the site does a more than reasonable job at offering an alternative casino environment, especially for US punters.